Greco is a stocky, stoic wrestler from the Zenan mainland who, after a rough history on the continent, moved to El Nido to atone. Though his origins are unclear, Greco became a wrestler at one point to, as he quoted, fulfill an "appetite for destruction." This dark period was alleviated only through the sacrifice of a man named Ghetz, who gave his life to wake up Greco; Ghetz may have been an opponent in one of his matches. Greco was mortified and despondent over Ghetz's death; to make up for it, he took Romana, Ghetz's sister, under his wing and moved to Termina. There, he continued to maintain his physical strength, though he no longer fought -- opting instead to take care of the cemetery. Greco felt that he had to hide from the world to deal with his grievances and sins. While in Termina, he performed funeral services for individuals and families, and also developed a reputation as a psychic. While he lived with Romana, their relationship was direct and stolid; Romana often believed he thought of her as a nuisance.

In 1020 A.D., Greco was summoned to deal with Skelly's howling at Fossil Valley; the Acacia Dragoons there dismissed him as a sham. This angered Greco considerably, who returned to Termina and performed a service for the family of a deceased child. Serge encountered Greco at this point, and the wrestler was immediately able to discern Serge's unique nature -- that he was "dead" in this world. Greco offered his services to Serge to protect him from darkness, and Serge agreed to let him join the party. While on their travels, Greco came to Termina in Home World, and consulted with the grave officiator there. The old woman told him that a spirit was drawing near; Greco visited again to find Ghetz's spirit. Though Greco began to elaborate on the past incident that resulted in Ghetz's death, Ghetz comforted him and let him know that he was happy Romana was taken care of. Ghetz then provided Greco with his ultimate wrestling technique, GraveDigger, and faded into the shadows, noting that in time, Greco's sorrows would fade. Greco promised to continue carrying out Ghetz's will, and departed to accompany Serge in the fight against the Time Devourer.

No mention of Greco is made in Home World, suggesting that he is still on the Zenan Mainland wrestling or is possibly dead. However, the fact that Ghetz's spirit resides in Home World implies that in both worlds, Greco was saved from his former lifestyle.

Greco and Romana stand for Greco-Roman wrestling. Greco's Japanese name is Gilbert, Ghetz's is Getz, and Romana's is Astrud. This is a reference to musician Stan Getz and Brazilian guitarist João Gilberto, who released an album called Getz/Gilbert in 1964. Astrud is the name of Gilberto's wife, who became famous after the album's release. 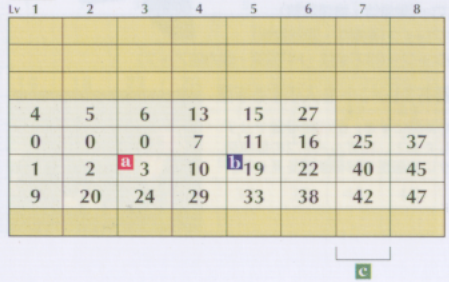