Glenn is a powerful member of the Acacia Dragoons known for being the brother of Dario and the future heir to the Einlanzer. He was born to Garai in 1000 A.D., and was raised in a log cabin with Dario next to Zappa's Smithy. During his youth, he made friends with the Acacia Dragoon gang, including Karsh and Riddel. He was known by his older compatriots for being hotheaded at times and also loving Viper Churros with a passion. Others recognized that he would be forced to grow up in the shadow of his brother; he frequently trained to match Dario's strength, and participated in the Viper Tournament of Swords. One year, he placed runner-up to Karsh's second and Dario's first. As he grew into an adolescent, Glenn continued to dream of becoming a strong Dragoon, even though Dario was killed in 1017 A.D. Riddel and Glenn often accompanied one another on trips to venerate Dario at his grave in Termina. By 1020 A.D., Glenn had become a formidable member of the junior Acacia Dragoon ranks; after Lynx befriended General Viper, he became wary of the visiting dignitary and began to suspect a plot. When Viper and the others retreated to Fort Dragonia, he stayed behind; Serge found him in Termina and convinced him to join his own voyage to the fort (alternatively, if Serge decided to find the Hydra Humour himself, Glenn went to the fort on his own accord). After the Dragon Tear shattered, Glenn returned to his former home in Termina (much to the occupying Porre soldiers' chagrin). He eventually rejoined Serge's party, wielding the holy Einlanzer. While in Termina of Home World, he felt an impulse from the Einlanzer at Dario's grave there, and took it up to wield both at once.

Glenn perished with the other Acacia Dragoons in the Dead Sea.

Glenn's appearance is that of a boy knight. His hairstyle is also the so-called "zealous hero." It wouldn't even be a stretch to call him the game's protagonist.

A popular legend states that Glenn was named after Frog from Chrono Trigger. This does not appear in the game, however, instead coming from the Ultimania guide. 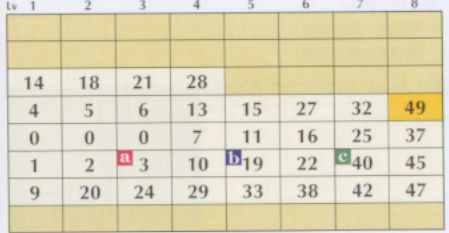