The Forest Ruins were once known to mankind as the North Palace, but after Zeal fell, its name and purpose were lost in enigmatic history. It was built to house the elemental weapons owned by Belthasar; when the Mammon Machine came into use, it was sealed up as part of phasing out elemental energy. It came to reside near Medina, where it remained inaccessible until modern times. Upon acquiring the Pendant, Crono was able to break the seal and choose some of the elemental items from a guardian Nu who disappeared soon after. After these events, the ruins were reduced to a dormant stone foundation bearing an ancient inscription. 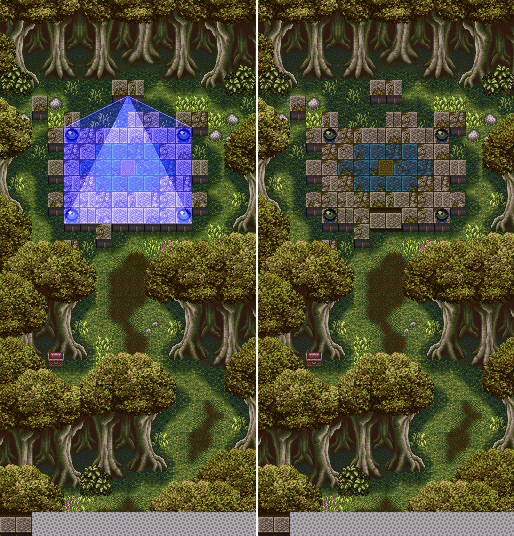