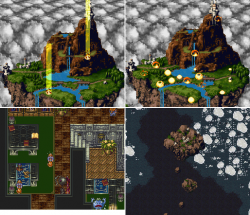 The Fall of Zeal was a tumultuous and quick destruction of the Kingdom of Zeal in 12000 B.C., caused by the Ocean Palace Incident. After the Mammon Machine awoke Lavos, the creature proceeded unleash its full fury against Zeal, bombarding it with fire and destructive magic. The islands of Zeal ripped asunder in the ensuing blasts, tearing apart its cities and killing many. The entire archipelago slowly sank through the air and into the sea; some Enlightened Ones were able to hang on until it met the ocean, and subsequently swam to Last Village. The ruins themselves sank to the sea floor, and were not found even thousands of years after the fall. Zeal's demise effectively reset human achievement backward a few thousand years and denied innate magic to most of surviving humanity. The Ocean Palace Incident which caused it had other effects in time as well, setting up the stage for Crono's quest by position the Gurus of Zeal in strategic eras. Items from Zeal that washed up on the shore were later sold by a Nu; this tidbit was omitted from the original NA release of Chrono Trigger.

That ruins of Zeal were never found is corroborated in Chronopolis, as a computer states that whether the magical kingdom even existed is up for debate.

Zeal ruins were found underneath Viper Manor by Lynx. 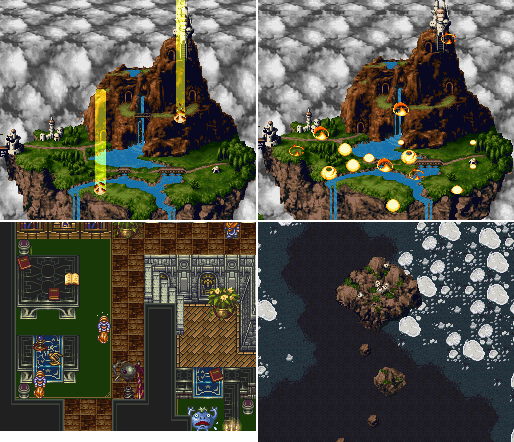