Doc is an avid surfer and doctor in training who moved to Guldove to practice medicine. In his past, a tragedy struck someone close to him and he was unable to save the person; this prompted him to take up the study of healthcare and open his own clinic, which was staffed by a Demi-human assistant. While in El Nido, Doc studied many treatments and developed an extensive knowledge of panaceas; he also maintained a focused dedication to his work, hoping that he would never lose another life. The past experience gave him a clear and sober view of death; his favorite saying was that the promise of death allowed one to live strongly. In 1020 A.D., he was faced with Kid, who had been poisoned by Lynx with Hydra venom the night before at Viper Manor. He made initial preparations, but could not complete her recovery as he required Hydra Humour. This caused several regrets to resurface, leading him to Orlha's bar; she admonished him to not give up. He soon received the humour he needed (depending on events, it was given to him by either Serge or Norris); he was amazed by the existence of the different dimensions, and soon joined Serge's party to seek more knowledge.

In Home World, Doc had the same history, though he was charged with trying to save Tia. He was completely dumbfounded by her falling into sickness and unconsciousness; he was later consoled when Orlha arrived and spoke with her. His counterpart from Another World also reassured him of his dedication to medical science. 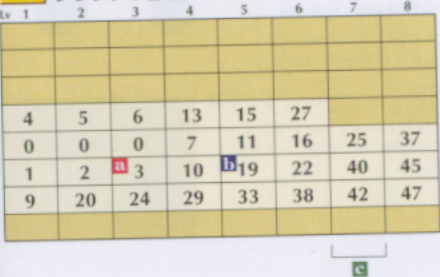