I can help with extracting the tilesets by showing you how to decompress their individual graphics packs. :D I dont know of a way to extract the tileset that has been neatly put together in each location on the right in TF, though print screen might nab a bunch of it so long as the size/resolution stays the same. If you want to export them via their graphics packs, we'll use Black Omen as an example, since I've actually been building a tutorial for replacing graphics packs so I happen to have a bunch of pictures handy!

Remember that 19. You'll want to go to here https://www.chronocompendium.com/Term/Tutorials_(Chrono_Trigger).html and click adding a new tileset. Your browser should begin to download the zip file. If it doesn't let me know. The zip file has an excel spreadsheet named Chrono Trigger Background Graphics Info. Open that, and go to the first tab (if not already there) tileset composition. Then, in column A, we look for 19. 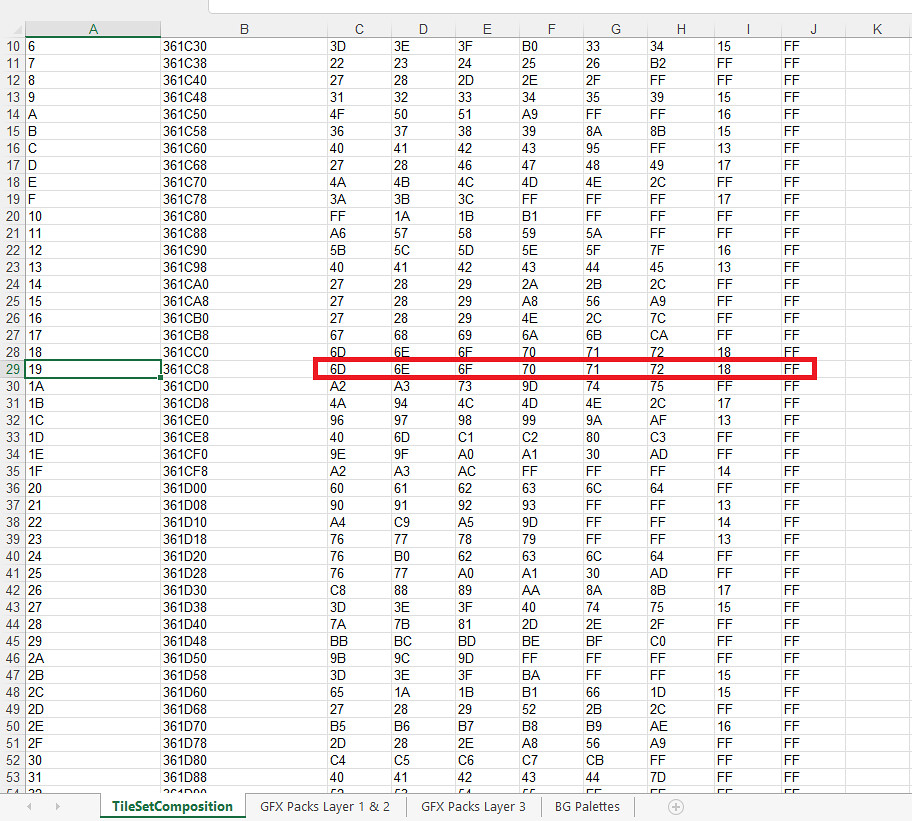 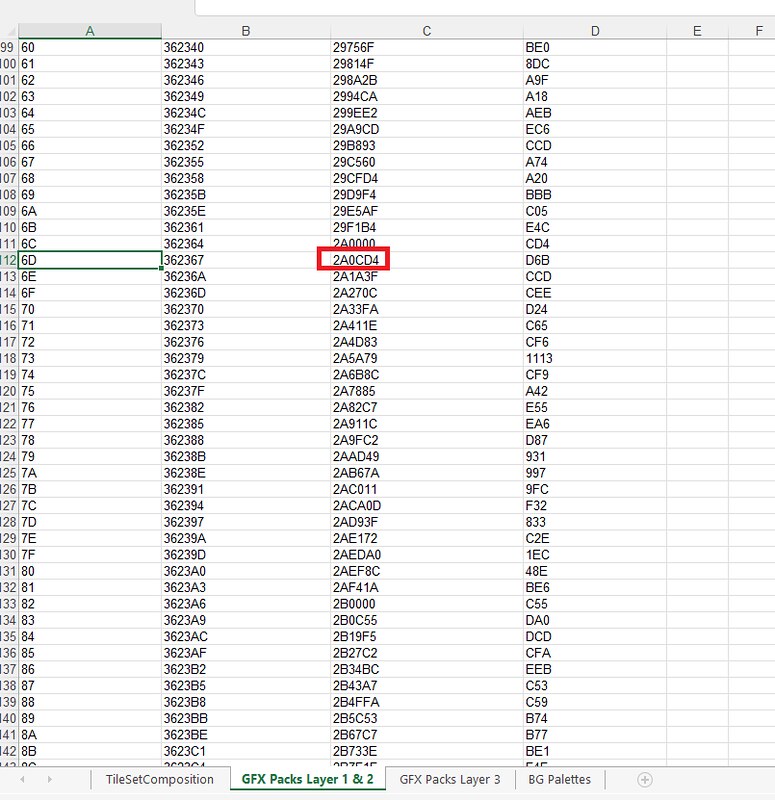 We get 2A0CD4. Congratulations thats our first graphics pack! Do this for all of them and record them!

now that we have our addresses, lets go back to Temporal Flux and open the rom if not already open.

Go to File > Compression > 2A0CD4 > hit the square with the 3 dots > name this file something like blackomen1 or whatever you fancy > hit open > then hit decompress. It will decompress to the area you chose with the name you chose.

Now open up TileMolester (and make sure you have java installed)- (https://www.romhacking.net/utilities/109/).

Hit file > open > and make sure you have Files of Type: All Files selected on the bottom. Than select whatever you named the decompressed 2A0CD4. 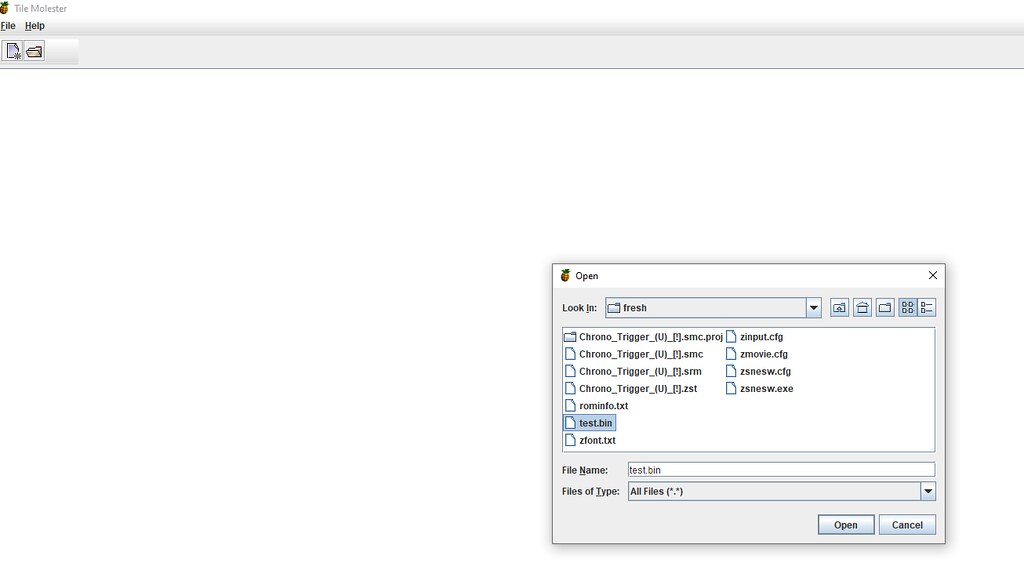 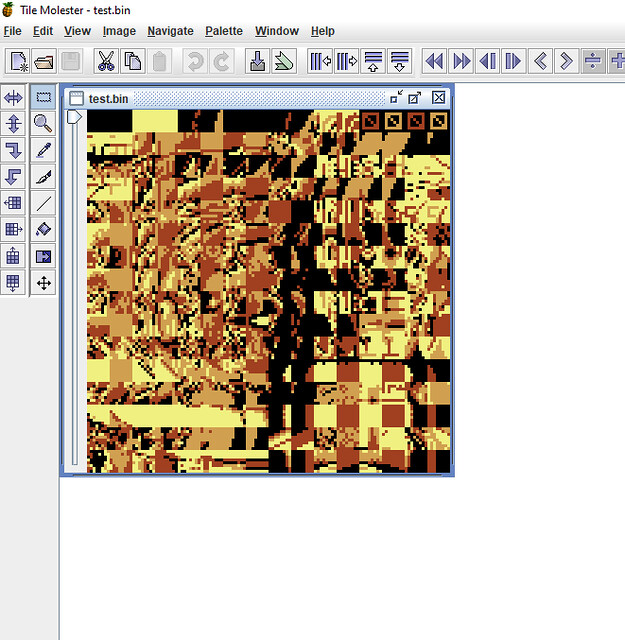 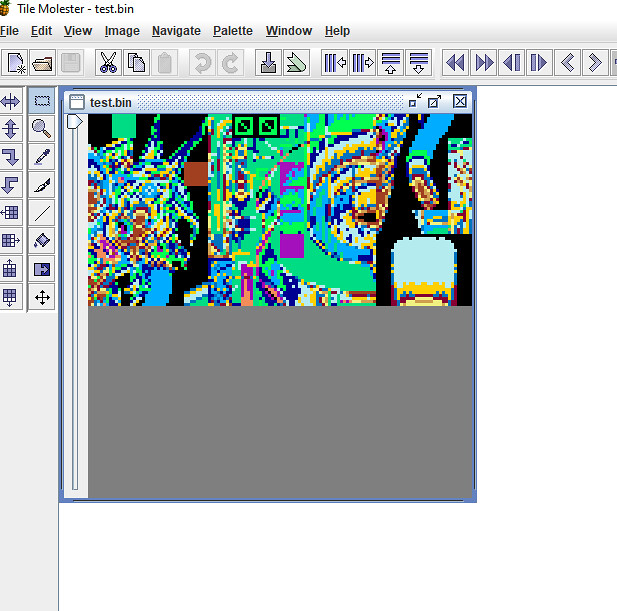 Load up the save state palette, make sure in tm you've set it to all files. You'll get something like this: 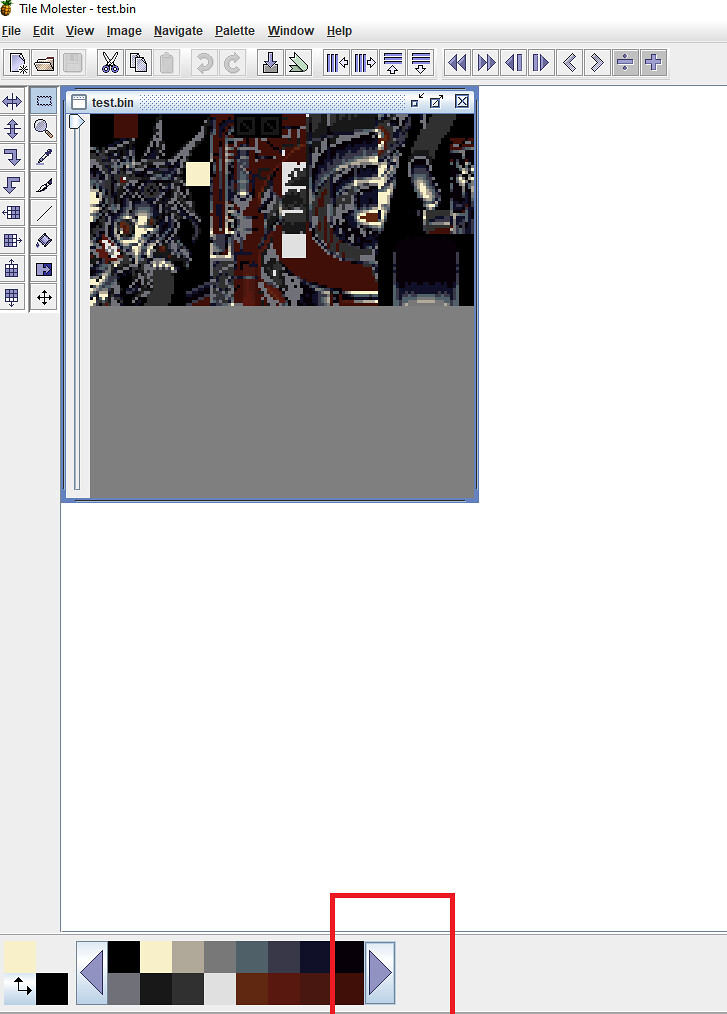 Hit the read arrow on the bottom until it looks right.

which make up all of:

They're pieced together inside the rom, I'm afraid I dont know how to extract that last image other then print screening and praying. But the graphics packs extractions are fun for replacing/changing graphics within the rom.

Also fun fact, as I've demolished black omen with my own inserted graphics, ive noticed the animations and color changes of the original black omen map make my new tiles adhere to the old expectation.

For example there is a little circular area on the doors that fade from one color to another and I replaced it with say a chair, that chair in that specific area on the chair will still change color as the original door circle thing. I wonder if animation would work the same?