Crono's abode is a two floor house, with no quarters shown for his mother. Crono resides entirely on the second floor, where he keeps a bookcase and shelves near his bed. A repository of cat food is also maintained here, as cats live in the house. The dwelling is the only one in the game to feature interactive curtains. 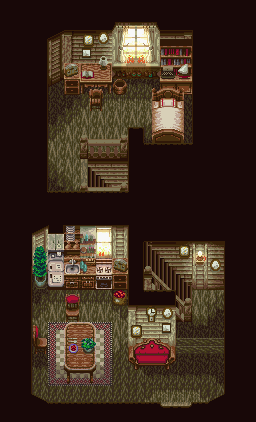