The Criosphinx is a mysterious, intelligent, and incredibly powerful entity which roosts in the Earth Dragon Isle of Home World after the Earth Dragon disappears. Its origins unknown, though it harbors antagonism towards mankind for its destruction of the planet (compare to the Dwarfs). It can be defeated through brain or brawn; it cautions against those who use the latter exclusively.

To answer the riddles of the Criosphinx, use an Element corresponding to the color he described. You can defeat him easily if you have a Yellow Plate.

Based off the Sphinx of Giza, which guards the gates to the city, and asks a famous riddle: What walks on four legs in the morning, two in the afternoon, and three at night (mankind)", and tears to shreds those who cannot answer. Oedipus correctly answered the question, prompting the sphinx to kill itself. The Criosphinx in Egyptian mythology is simply a ram-headed sphinx (the classic Sphinx, such as the one at Giza, are human-headed). Criosphinxes are associated with the Egyptian god Amun, and are most famously depicted in a row of sphinx statues guarding the route between Luxor Temple and Karnak. The Crio- in Criosphinx comes from Greek -- Krios means Ram. 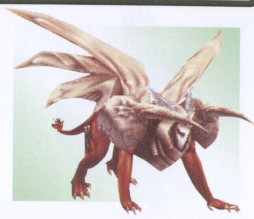