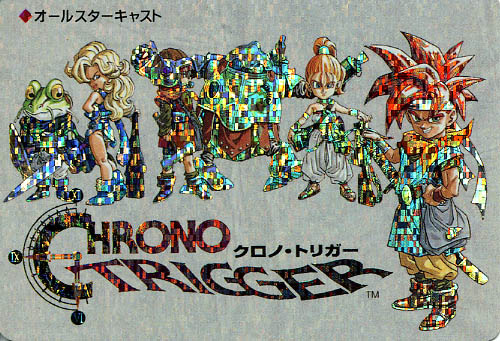 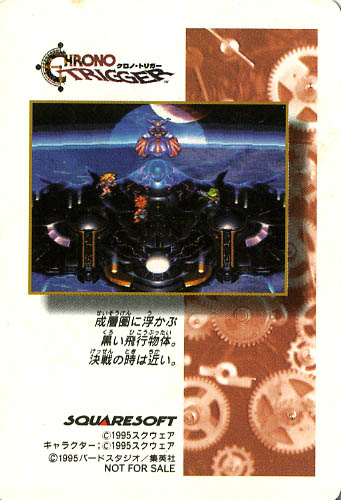 Translation: A black flying object floating in the stratosphere. The time of the decisive battle is near.
Differences: The Black Omen is somewhat smaller, while Queen Zeal appears to be a mix between her sprite form and her monstrous form that appears in the final version atop the Omen. 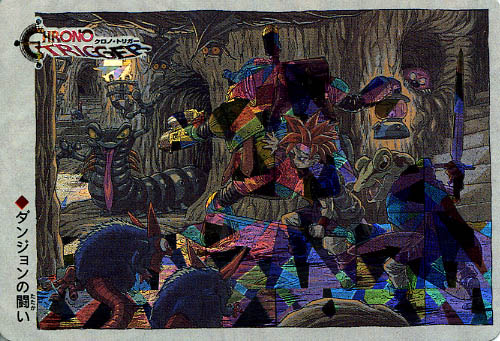 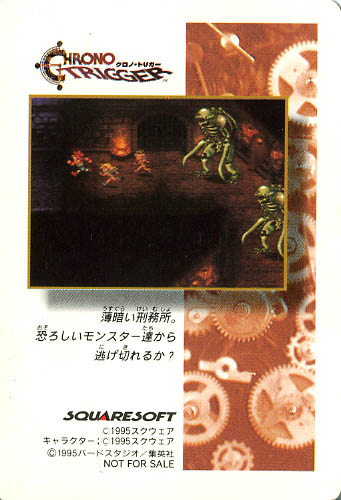 Translation: A dim prison. Can we run away from the terrible monsters?
Differences: Zombors or Retinites are shown here with huge, cleaver arms. Additionally, there is no way Ayla could have been in the prison, as one can't return to it after the initial fight with the Dragon Tank. 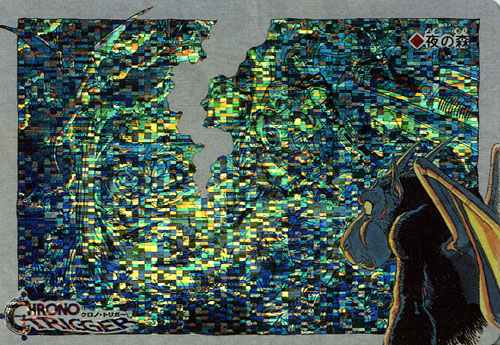 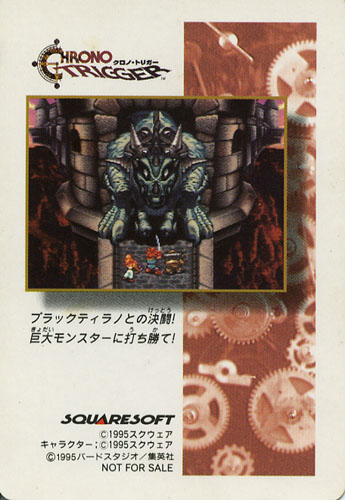 Translation: Duel with the Black Tyrano! Strike down that gigantic monster! 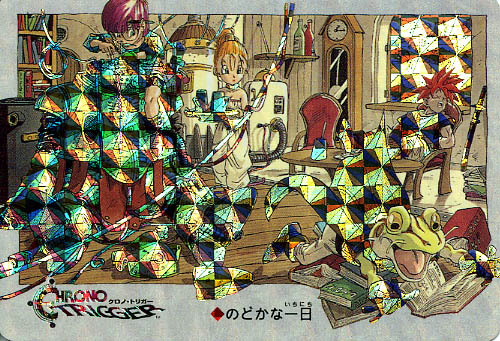 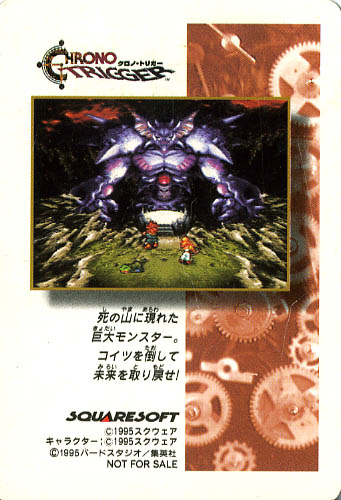 Translation: The huge monster that appeared on the mountain of death. Defeat it and restore the future!
Differences: The card suggests this takes place on Death Peak, while this boss was actually fought in 12000 B.C.. The sky is strangely red, while grass appears on the ground, colored like the flora of 65000000 B.C.. 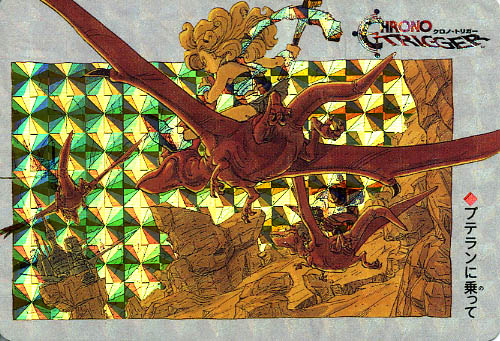 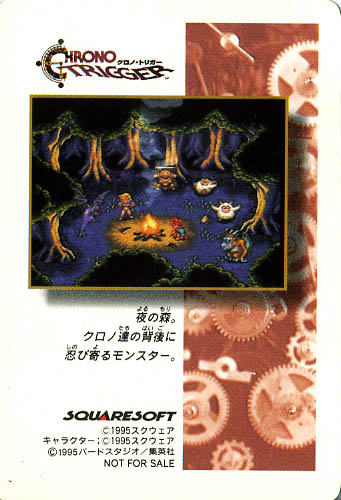 Translation: A forest at night. Monsters sneak up behind Crono and his friends.
Differences: It appears the scene Forest at Night may have been planned to be part of the game. 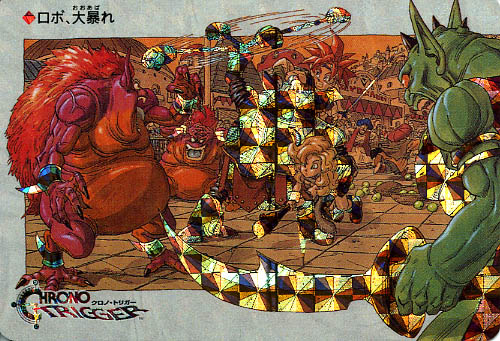 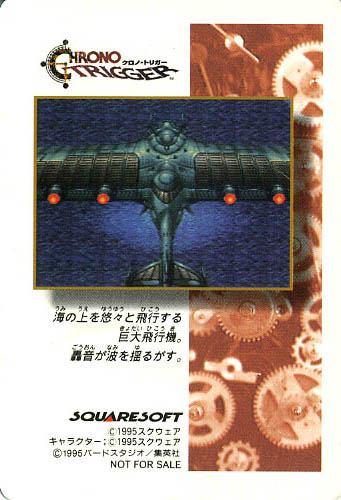 Translation: The giant airplane that flies leisurely over the ocean. A deafening roar shakes the waves. 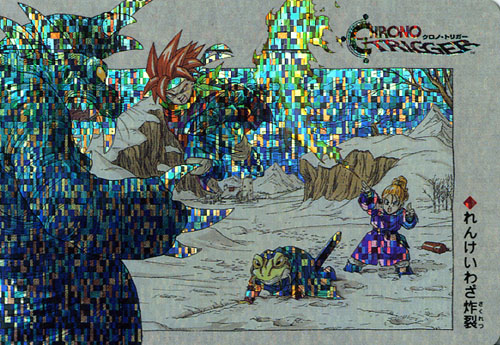 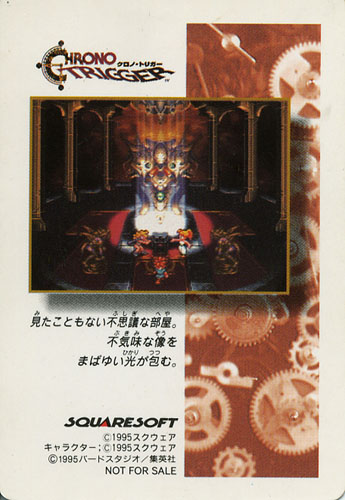 Translation: A mysterious room unlike anything we've ever seen. Dazzling light envelops the creepy statue.

Differences: The two statues are not in the final version. There are no people around the Mammon Machine. Also, none of the characters do the pose that Ayla and Marle are doing when your power up the pendant.

The Decisive Battle with Magus[edit] 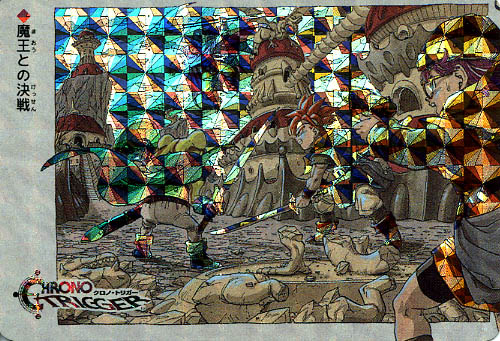 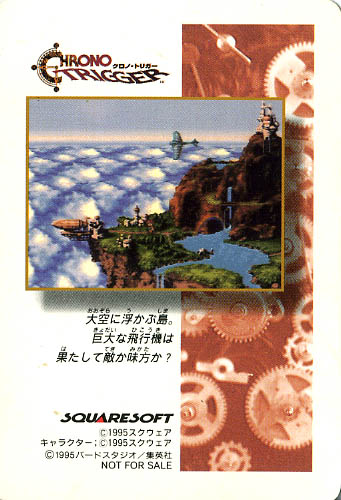 Translation: The island that floats in the sky. Is that huge airplane friend or, as we expected, foe?
Differences: An extra set of buildings lies below Kajar, and a new airship is docked in Zeal. The Blackbird is strangely flying behind the continent, while the caves containing the skygates are missing entirely. 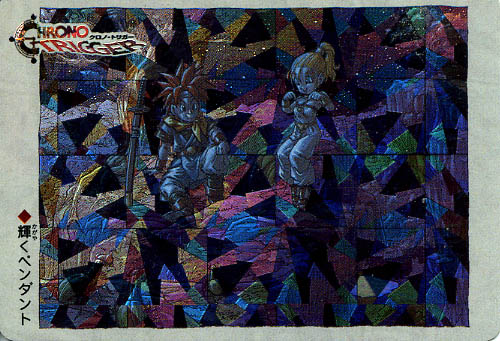 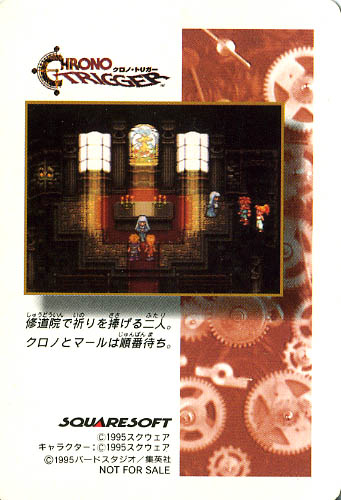 Translation: Two people who dedicate themselves to prayer in the convent. Crono and Marle await their turn.
Differences: This room is not found in either the Prerelease or the final, though it bears similarities to the Cathedral. The two at the pedestal seem to be getting married. Perhaps this was an unused ending, in which Crono and Marle tied the knot? Recall that in the PSX version, the ending cutscene depicted such an event. 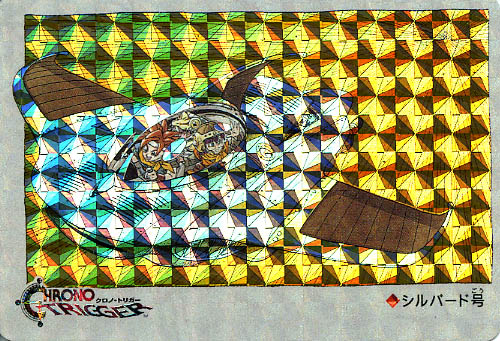 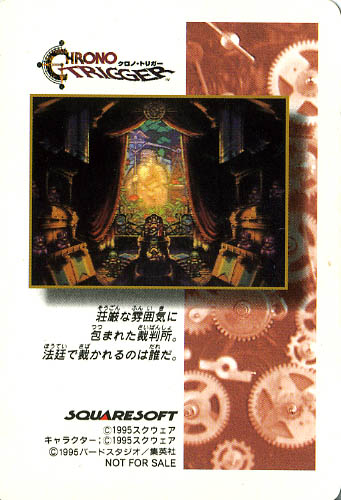 Translation: A courthouse wrapped in a solemn atmosphere. Who is to be judged in the court of law?
Differences: It appears a king with the same mustache style as the judge below is presiding over the court. EGM #7 at Alpha Version Screenshot revealed that this is King Guardia XXXIII.