Three versions of the Ayla card exist, though the screenshot on the back is unchanged.

The scene on the back is the same for each. 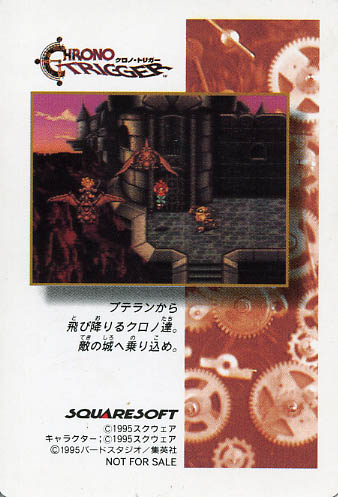 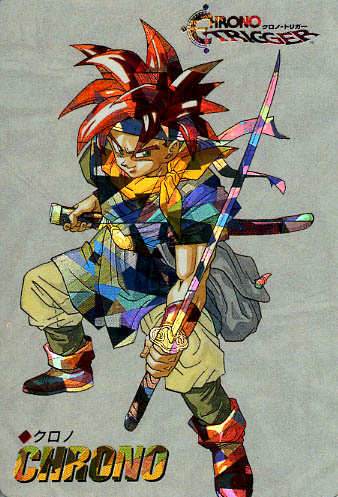 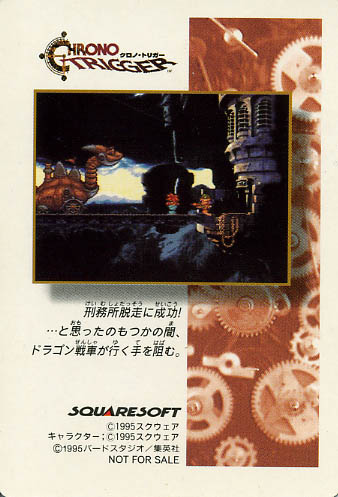 Translation: The prison break was a success! ...even as we think that, the Dragon Tank blocks our way.
Differences: The screen is off-center, exposing this as a mockup, and the Dragon Tank appears on the other end of the bridge. The Chancellor is not to be found. 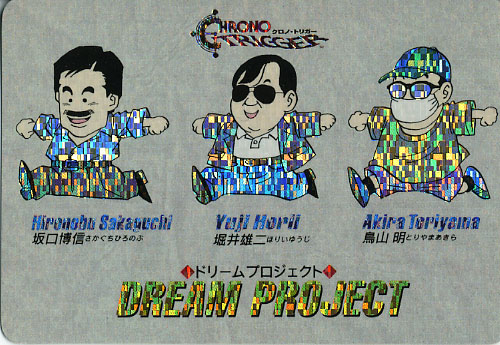 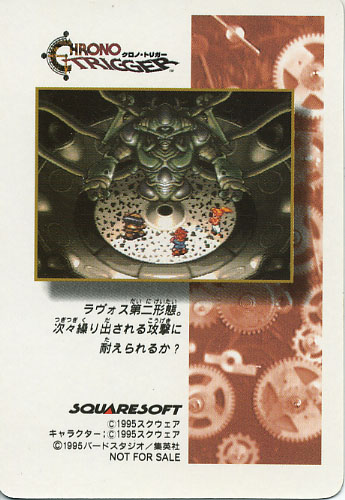 Translation: The second form of Lavos. Can we endure the attacks that come one after another?
Differences: Interestingly, the Lavos Core is indeed the one seen in the Prerelease. 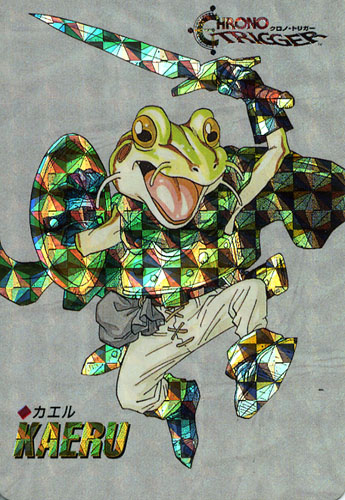 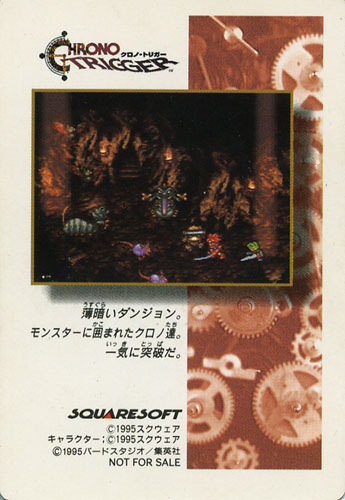 Translation: A dim dungeon. Crono and friends surrounded by monsters. One shot at breaking through. 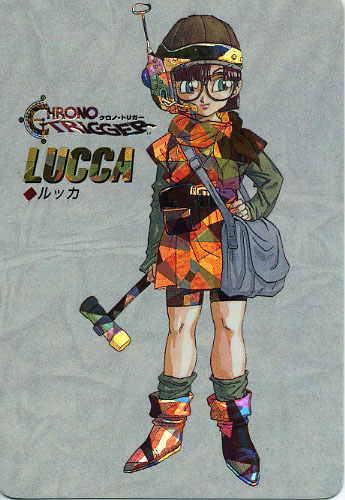 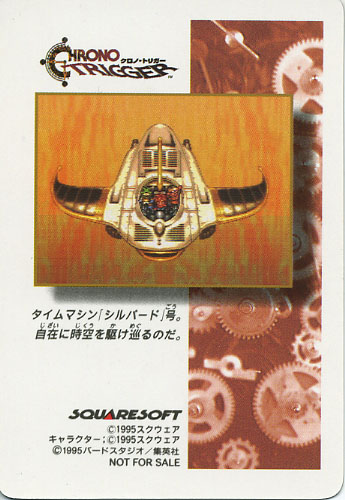 Translation: The time machine "Silvard". It travels freely through space and time. 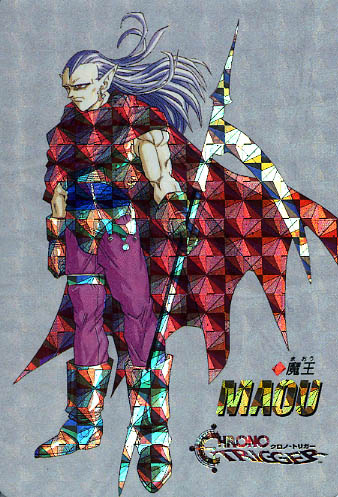 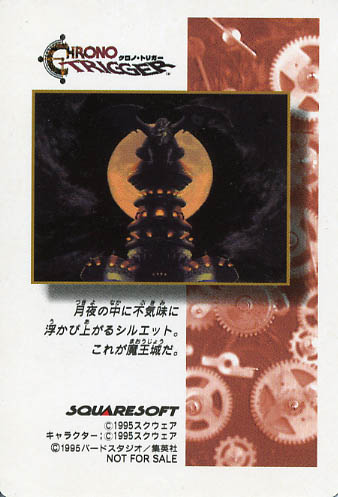 Translation: During a moonlit night, a creepy silhouette floating overhead. This is Maou's castle. 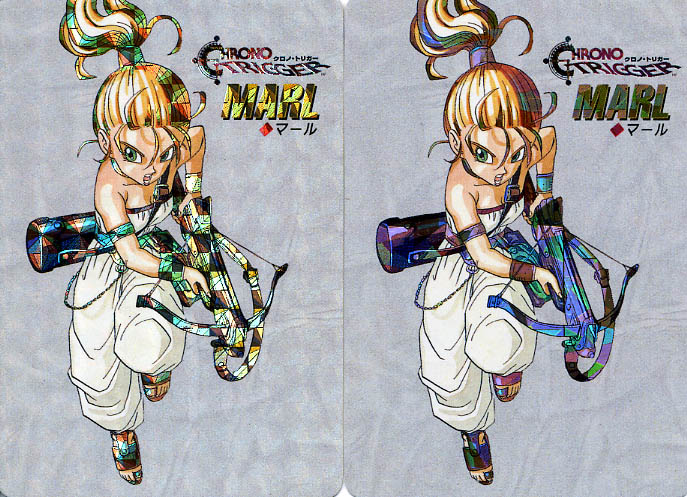 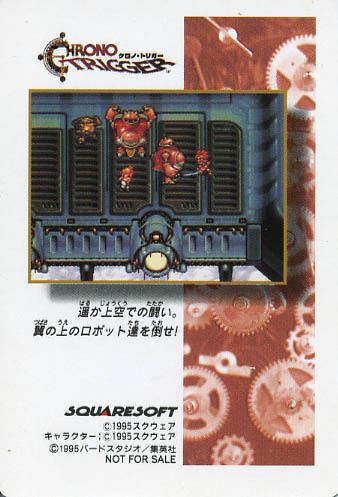 Translation: A faroff and high-up battle. Defeat the robots on the wings!
Differences: The wing of the Blackbird is very small, and no door exists to reach it. Additionally, there are Gatos fighting the party. 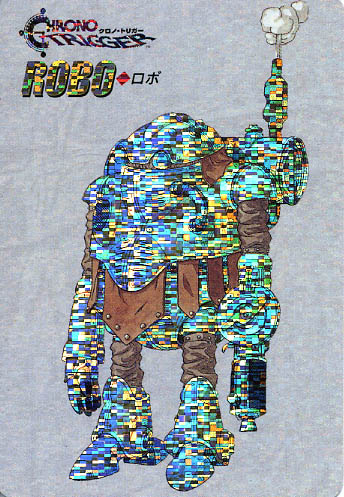 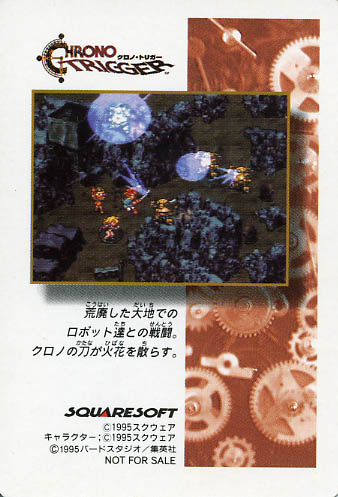 Translation: A battle with robots in a ruined world. Crono's katana scatters sparks.
Differences: The "sparks" here seem as if they're in excess, and it goes without saying that Crono never battled Robo in either of the Labs.