An amulet received from Schala.

The Amulet was given to Janus by Schala to calm his fears about the increasing evil of their mother, shortly before the Fall of Zeal. She imbued her prayers within it to protect him. This prayer note was lost during the English translation of Chrono Trigger.

The accessory worn by the ghost in Final Fantasy VI looks like the Amulet. Check it out: 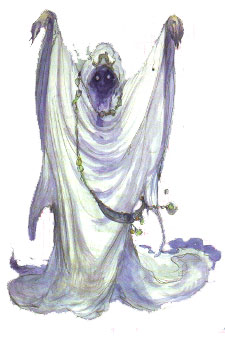 Sara is Schala's name in the Japanese version of the game.

An amulet is an object usually worn around the neck that is supposed to ward off evil.

Omamori is a (usually paper) charm believed to carry the power of a god or Buddha.